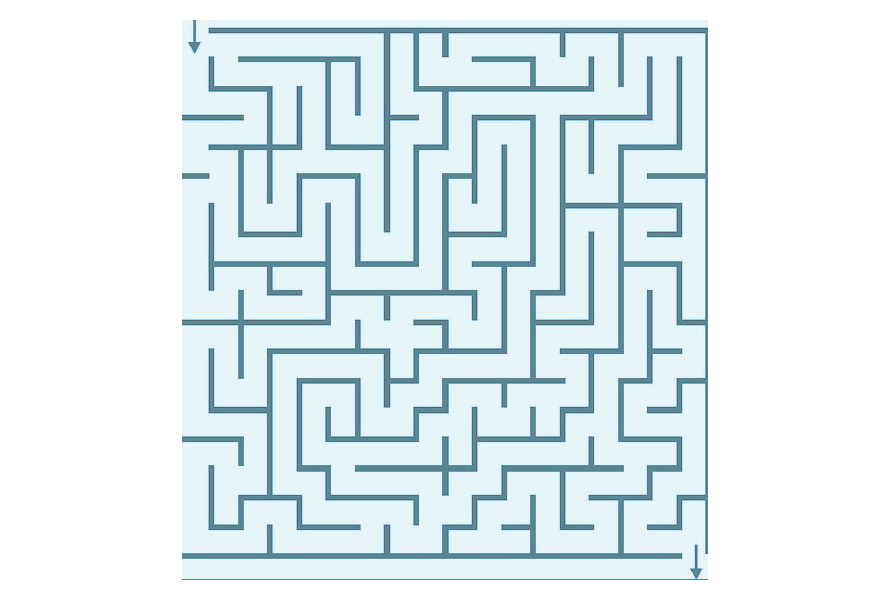 I have been mulling over my Lightning Talk at last week’s London Agile Content Meetup.

My five-minute talk tried to cram far too many ideas in (it’s a learning curve!), but I’m glad that one point I made resonated with so many:

The content maze:  how an evening’s browsing is such a fragmented experience; pursuing & retracing our steps along numerous paths before satisfaction is (hopefully) achieved!

We all know it – popping back and forth between content and search result pages, jumping from our social media interface into products, reviews, other’s minds and back again.  It’s the resoundingly obvious but much less discussed area of web user experience.

Most professional concern (from the designer/UX team/client) is focused on:

Instead, the issue of the content maze is about how content ‘joins up’ with each other pleasingly and effectively, and asks: who designs this?

I was advocating the role of content strategists in the quest to improve our experience across the web (since they’ll be wrapping up the presents that come to the party).

Doing so would be forward planning for a future – different – browsing scenario. More widespread application of schema for any content you produce will align it / juxtapose it / embed it (or in some damn way position it!) with other similar or complementary content.

To me it’s the necessary development to counter information overload. It’s probably also the one big business/SEO industry wouldn’t like to see right now as it blows apart the notion of the ‘common formula for SEO success’ – instead refocusing on relevance – ‘what works for me at this moment in time’.

It’s the holy grail of personalisation/individual curation – based on my choice rather than what any individual corporation wants me to see.

I’d envisaged this being based on a user’s preferences and could see it working through a personalised, display interface that recognised a number of factors such as:

Two main arguments keep coming up in my head. Firstly loss of serendipity. But I expect there’ll still be plenty of room for that. Secondly – defining intent – how often do we actually know what we want and how we want it?

Mind-boggling when you think of the rich and complex data up for grabs, and the unknowns around the devices we’ll use.

But really, let’s design it rather than live with what emerges.

A bit of an aside: it’s the bit ‘between the panels’!

It reminds me of the fascinating discussion in Scott McCloud’s seminal ‘Understanding Comics: The Invisible Art‘ .

He explains the magical power of the ‘gutter’ – the bit between the panels in a linear cartoon, the invisible transition. I can’t recommend this book enough for anyone interested in story-telling of any kind, it has all kinds of relevance to digital design.

The gist being that juxtaposed combinations of visual/textual experience can alchemically develop an overriding identity and resonance in the imagination of the user, at the point of the transition between them.